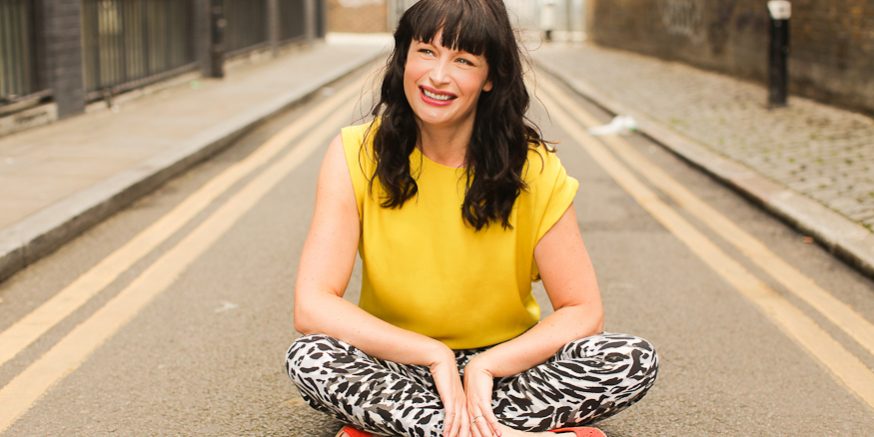 Earlier this month, Ellen Petry Leanse appealed for women to stop using the word ‘just’ during conversations at work. In an article for Business Insider that quickly went viral, she claimed the word is childish and dilutes the impact of what you are saying.

She wrote ‘A few years back I noticed something: the frequency with which the word ‘just’ appeared in email and conversation from female co-workers and friends. I first sensed this shortly after leaving Google and joining a company with a high ratio of female to male employees.

‘It hit me that there was something about the word I didn’t like. It was a ‘permission’ word, in a way — a warm-up to a request, an apology for interrupting, a shy knock on a door before asking ‘Can I get something I need from you?’

‘The more I thought about it, the more I realized that it was a “child” word, to riff Transactional Analysis. As such it put the conversation partner into the ‘parent’ position, granting them more authority and control. And that “just” didn’t make sense.”

Leanse said removing ‘just’ strengthens the conviction of a sentence and allows for presenting ideas in the work place in a more intelligent and confident way.

“Take the word out of your sentences and see if you note a difference in your clarity — and even the beliefs that fuel the things you say.”

As soon as I read the article, I realised I was absolutely guilty of overusing the ‘just’ word, particularly when doing publicity. It was my sort of friendly casual way of following up with journalists, I’d open emails with ‘I’m just preparing the interview schedule for client XX, can I put you down for 3pm’ or ‘Just checking you’ve got everything you need, or just checking you’ve got the credit that you can pop on the article.’ Actually it’s ridiculous. These were people who wanted interview time with my client and what I really meant about the article credit was ‘If you don’t put this credit on the article I will be in a whole load of crap and you will have totally taken advantage of the time you had with my client.’

Even before I read Leanse’s article, I knew deep inside that when I wrote ‘just’ I was trying to tone down the fact I was actually asking for something specific. Still, in a typical female way, I kept doing it, just to appear friendly, amenable, likeable, and reasonable. When in fact it’s not often I ask for things that are unreasonable and usually I am asking for things people have already told me they want!

And so I stopped using it. Just. Like. That.

I still find myself automatically writing the word ‘Just’ at the beginning of emails, but I spot it quickly and take it out. I’m not about to pull out any statistical proof on any of this, but I do feel people are getting back to me quicker since I stopped saying ‘just.’

Even today, I filed some copy for my client to the Radio Times and didn’t hear back. So a few hours later, I was writing a typical ‘Just checking the copy arrived ok.’ I took out the just and turned it into ‘Did the copy arrive with you?’ And I got a response literally a minute later apologising for not having acknowledged the as soon as it arrived. Without the ‘just’ I sound more assertive and more sure of myself.

So I’m with Leanse on this. What do you think? Try taking the word ‘Just’ out of your vocabulary, and let me know how you get on.

Who needs a crinkly-kneed croaker to discover them?
September 7, 2016