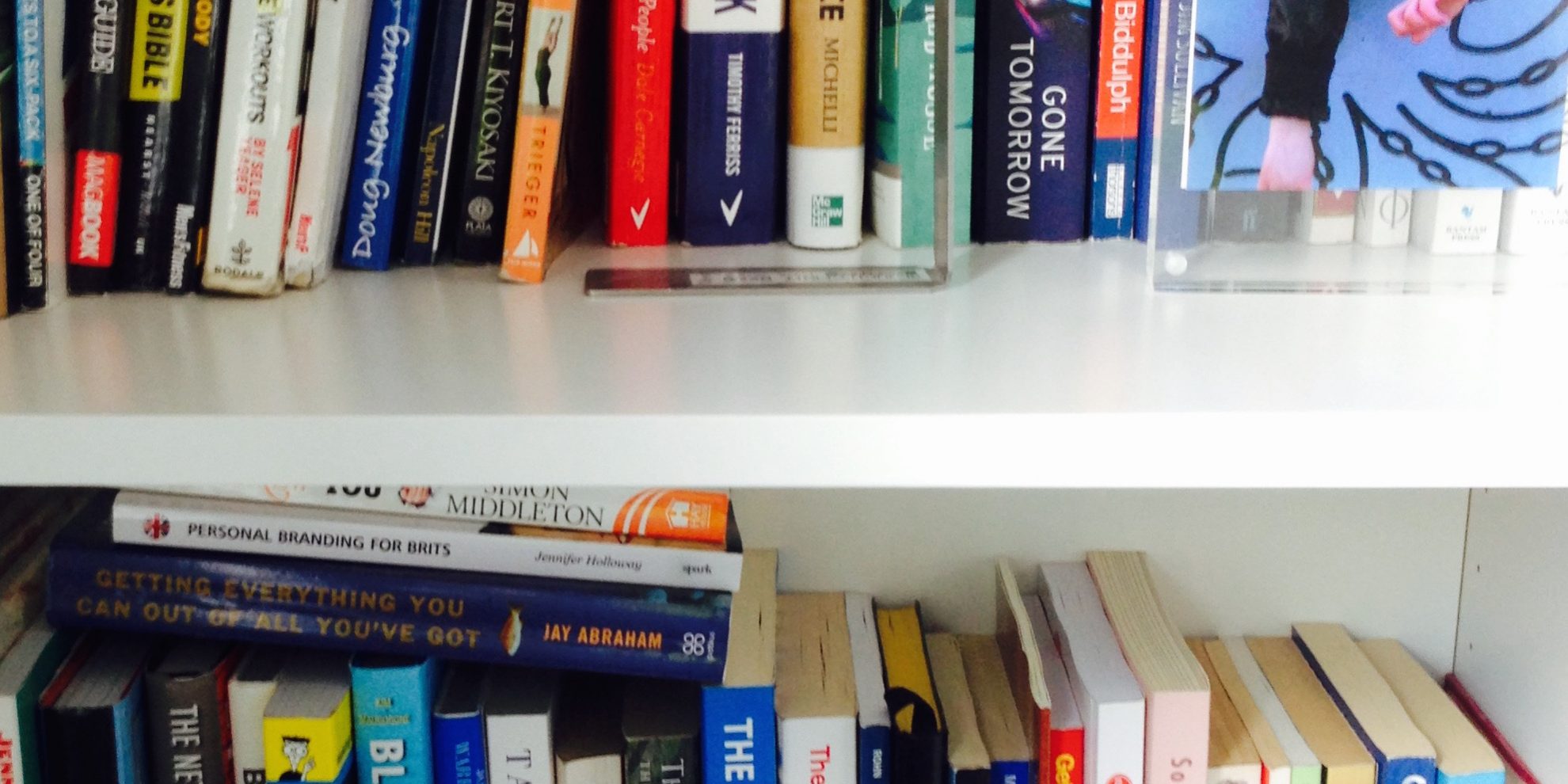 Ever since I set up my first business in 2008, I have become obsessed with successful people and what makes them tick.

Once I’d made the transition from journalist to small business owner, I wanted to be better and better at what I did, and looked to successful people to learn about how they think, what they do and how they manage to outperform others.

To that extent, I have read dozens and dozens of books on the subject, from memoirs of successful people and celebrities (the sheer effort and consistency that someone like Gary Barlow has put into his work since he was a teenager is really quite incredible), to ‘how to’ books on everything from thinking positive and the powers of the universe, and strategy books on blue oceans and personal branding.

What is clear to me is in fact, practical skills, good business ideas and determination aside, ALL books and all successful people say much the same thing.

They all talk about mastering the power of the mind and the universe, about asking, receiving and believing, about goal setting, about getting control of negative self-talk, about skills such as visualising.

On a more practical level, they all talk about about surrounding yourself with inspiring people who are doing much better than you, about being a cold drop in a warm pond and being lifted upwards, rather than being a warm drop in a cold pond and being pulled down.

In fact, being very honest, one of the reasons I sold my news agency was because of what these books said.

Of course, having started, grown and sold a business and moved on to pastures new is a mark of an entrepreneur, so I wanted to do sell a business for the sake of having sold a business, but I was also keenly aware that my news agency, Talk to the Press, as well as it might do, resulted in me being surrounded by those who feared the worst, who talked endlessly about falling rates and the demise of the industry.

Add in the fact that the nature of the business meant that I was dealing daily with stories of tragedy and I used to wonder how I would ever become the sort of person I wanted to become when I was surrounded by peers gripped by a scarcity mindset and on a daily basis I was dealing with such tragic material which gives a very gloomy view of the world.

Since moving on and seeking out those who do not believe in limits, industries which are thriving and continuing to focus on my own mindset and become aware of negative self talk, I can now keenly see the mindset I once had did not serve me well.

I do not know how or when it begun but certainly throughout the entire period I worked in the tabloid press (nearly 15 years), I believed in trade offs, in positives that have to be followed by their equivalent negative, in good things – but only at a price.

A classic example of this occurred recently when I was out with a friend, talking about the fact my partner has a new job and a significant pay increase.

There followed a predictable (in my old life) ‘your positive will be accompanied by a negative’ conclusion from my friend on the subject, namely that this pay increase would therefore involve much longer hours and I will see him less and suffer in terms of having no help with my children, whereas her husband is around more.

I sat there was though I were observing the conversation from the outside, thinking about the mindset that is held by this person, a bittersweet reminder of a way in which I’d once thought about life and also what a crying shame it is that someone as talented as my friend sees life in this way.

I suddenly remembered the endless conversations that we – and other colleagues – had had over and over again during our 20s, along the lines of you can’t have wealth and happiness, you can’t marry a choose a man who is rich or a man who is kind but you can’t have both.

I can’t help but feel the industry we worked had somehow triggered or strengthened this mentality as more than anything, the tabloid media loves to tell us how we can’t have it all and tells us gleeful stories of those who have tried and then fallen flat on their faces. Still, I wanted to slap my younger self for spending so much time believing in such nonsense.

At least though I realised how far I’d come with my own mindset, in both recognising how it was failing me and taking dramatic steps that I believe in the long term will eventually bring me to greater things, including selling my business and walking away from an industry in which I’d become successful, and continuing to train myself to hold what I believe are a more beneficial set of beliefs.

I am not even going to try to answer the question of whether or not you can have it all, and of course, tragedy can strike at any point in any way, we ALL know that. But what a limitation it is to live with the belief that a negative always follows a positive, and that all positives will in time be countered by their negative part, that good things only come at a price.

How much more one might be able to aim or hope for if one can believe that a positive can follow a positive. Your partner (who happens to work long hours) gets a dramatic raise and then even better things happen and you become even happier, have more fun and more experiences……

Certainly, that is the way all of the authors and subjects of all the books I have read have either grown up thinking or have trained themselves to think.

It reminds me of my favourite poem, Thinking, by Walter Wintle. You can read it below, and if you don’t know this poem it is definitely worth reading. It concludes ‘Life’s battles don’t always go, To the stronger or faster man, But sooner or later the man who wins, Is the man who thinks he can.’