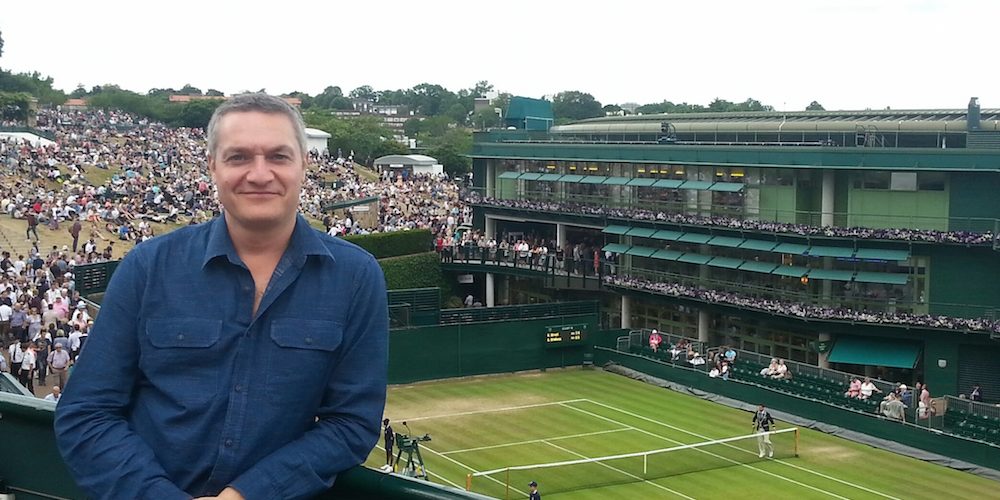 I’ve just finished working on this website for the sports presenter Richard Kaufman www.richardkaufman.co.uk. Like everyone I work with, he’s keen to get more opportunities and stand out from the crowd. In his case, these opportunities would both be in presenting jobs, and also in sports event hosting, which is a huge and lucrative market to be working in.

I particularly love the floating audio bar that I’ve integrated into the site, which allows visitors to click and hear one of the football commentaries that Richard is most proud of.

Some web designers would look at a floating audio bar and say things like ‘Oh no, we don’t like bells and whistles, we like simple traditional sites.’ Or they say, while talking about some of the latest modern functionality that can be added to a site ‘those are gimmicks, we like to keep things simple’.

Well that’s not the way I do things.

I’m all about using the latest technology and features to show my clients are in top of trends. Its the same thing as being the first to get an Apple watch.

And listen to this! The actual definition of gimmick is a trick or device intended to attract attention, publicity, or trade. Isnt’ that exactly what we all need?

You see, web browsers today are very sophisticated, and you could say they browse in a semi-comatosed frame of mind. Web browsing has become a bit like driving, we’ve all had those days when you arrive at your destination and realise you actually can’t remember a THING about how you got there.

Web browsers, especially if they are on a desktop computer, which half of them are, also surf the net while multi-tasking.

Suppose you’re a TV executive considering Richard for a job in a busy sports newsroom. You’ll be eating a sandwich and a cup of tea, have one eye on the sports news which will be on somewhere, you’ll having income commentaries to listen to and edit and you’ll be looking at his website wondering whether he’s the right person to book next. Richard has got to do something special to ensure he really captures your attention.

In Richard’s case, we open with a fantastic photo of on the roof of Wimbledon with centre court behind him (I literally had to TELL him to take this photo and sketch it out for him so he could see what we needed).

We then – bells and whistles alert – have a floating audio player across the bottom of his site allowing visitors to click and listen to one of his football commentaries that he is most proud of. That’s something that a lot of web visitors won’t have seen before and it will catch their attention, make him look very current and technically minded and help him stand out.

Other bells and whistles could be video background, interesting ‘on hover’ responses, animated sections of the site. Ultimately, what is a bell and whistle will change all the time, and as web visitors become more sophisticated, today’s bell will be tomorrow’s norm, so its also about keeping ahead and on top of your site.

Think of it this way. Kate Winslet didn’t get saved at the end of Titanic by just lying in the sea did she? No, she blew her whistle. And when you’re trying to stand out in a busy, crowded space, you’ve got to do the same thing.

How to create topical content
September 13, 2016
Go to Top