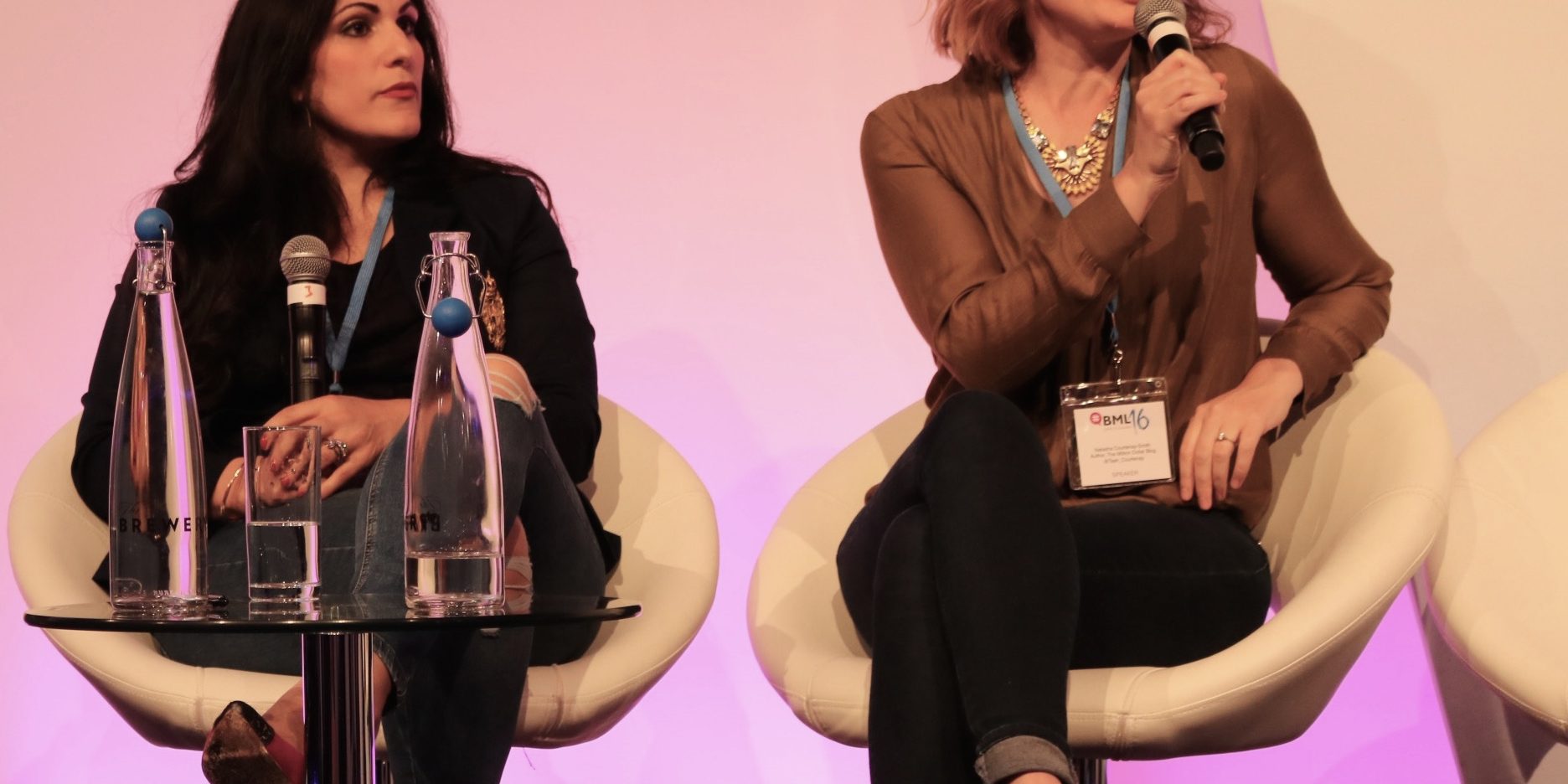 On Saturday, I gave a talk in East London alongside parenting blogger Vicki Psarias (aka Honest Mum) about innovative ways to make money online.

We covered all sorts of routes to making money online, but what struck me most was that the real issue many people face isn’t so much about the ‘hows’ as to how to use the internet to generate income. They understand all the theories and different routes to do it.

In fact, the problem many face is the confidence to actually do it.

At one point during our Q&A, a guy stood up and told us a story about how he runs a popular Youtube channel in the camping/fatherhood niche (so he has a massive targeted audience) and has recently partnered with Bear Grylls.

Vicki and I heard the words ‘camping’ and ‘fatherhood’ and ‘Bear Grylls’ and immediately thought ‘OK, so if Bear Grylls wants to partner with this guy, then he’s doing something right, right.‘

The problem was all about positioning and confidence: that of presenting himself as a serious entrepreneur rather than just a dad having a bit of fun with his Youtube channel, and of having the confidence to make it clear that this is a business and as such he must be paid.

I’m certain Bear Grylls’ team wouldn’t walk into the offices of a men’s magazine and expect them to hand over a free ad, and they probably would have happily paid this guy too had he presented himself as a serious media brand in the same way a traditional publisher does.

It’s about the confidence to do so many things in life, whether that is an online course, to stand up as an expert, to grab a piece of positioning, to promote oneself, to ring up a speaking agency, to pitch a book, to launch a product.

The theories of what needs to be done are understood by so many, but not everyone manages to sum up the confidence to do it. I’m as guilty of all of this myself!

Vicki summed it up perfectly

She and I have a new motto which is about cracking on.

“You’ve just got to crack on”

If you don’t have the confidence, pretend that you do.

If you want to do something but don’t feel brave enough, do it anyway.

If you’re scared something won’t work out, continue regardless.

Sort it out and get online! (especially if you’re a tradesperson)
September 28, 2016