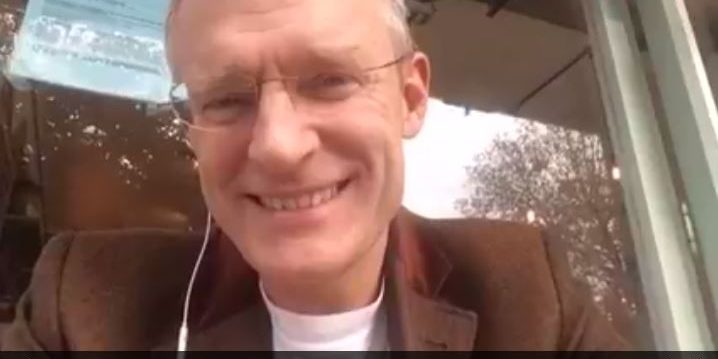 A large part of Jeremy Vine‘s FB strategy is to do with creating and posting native video – uploading quick videos, usually featuring Jeremy chatting direct to the camera, filmed in selfie mode on his iphone. The videos are exclusive to FB, and aren’t posted elsewhere. It’s not posh or slick, but it really works. Jeremy Vine‘s FB fans love his videos and always leave comments, which helps his page to grow and enables him to reach far more people than have actually liked the page (talk to me in person about Facebook’s algorithm).

This week though, one of his video’s went viral. Within 48 hours, it had had dozens of likes and shares, and reached 1.5 million people! It had also been picked up by dozens of news outlets, thus enabling Jeremy to create his own publicity. You can see some of the news stories the viral video generated below.

Jeremy, who is taking part in this year’s Strictly Come Dancing, has been getting a few horrible comments telling him he should leave the show – and the video featured him responding to one of his ‘haters’ directly.

In the video, he says, referring to his two daughters: ‘They’re 11 and 8 and I said to them when I started this, ‘I promise I will really, really work at getting better. I’m not just going to muck around, here. I’m going to really be serious about it and try and learn to dance. Now you might argue that hasn’t gone very well. I think I have improved since the start. But regardless of that, the message that I don’t want them to take away is that, ‘Once our dad thought he couldn’t win, he just gave up’. So I’m feeling like what I want them to see is that until the very last moment in the contest, until I’m voted out, I will always work at getting better.’

The video has since reached many more people

Since the video went viral, I have been trying to distill exactly what it was about this video that made it so successful so that we can recreate it’s success in the future. And it’s down to the following themes: honest, showing vulnerability, natural, sincere, real, unpolished, a good moral to the story, a strong resonating take-away message.

The best thing about a viral video is that it carries on spreading its message long after it has been posted. The video is still getting likes and comments this very moment which means it will continue to spread, promote Jeremy, his page – and hopefully get plenty of people voting for him on Saturday night!

If you’re interested in talking to me about viral video or Facebook strategy, email me on natasha@natashacourtenaysmith.com

19 Amazing Statistics About The Power Of Video In Business
February 13, 2017

The different types of video you can use in your business
May 1, 2016
Go to Top