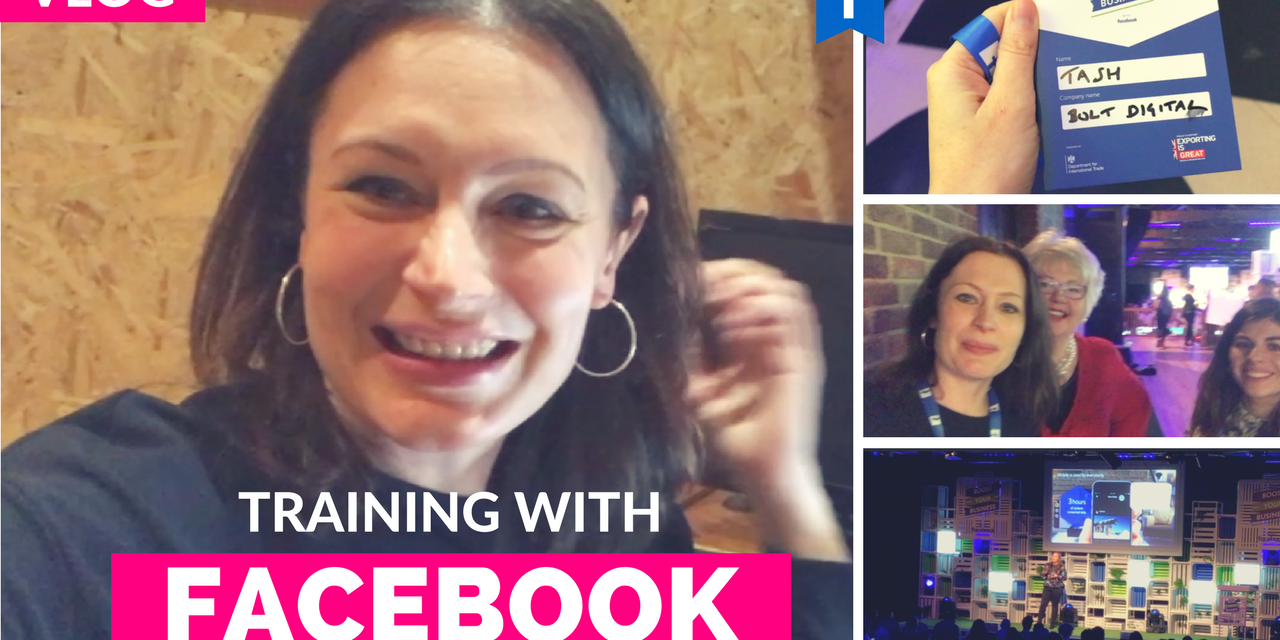 As some of you guys know, for the past 12 months I’ve been working directly with Facebook as a trainer for their She Means Business campaign.

And yesterday I went to Facebook’s Boost Your Business event in East London to meet the campaign organisers from FB HQ and my fellow trainers and to hear the plans for She Means Business 2018!

Never a company to do things by halves, FB has increased the training target for 2018 to work with 50,000 women.

According to their research, women are held back by a lack of relatable role models (1 in 10 women are walking about with an idea for a business in their heads but are lacking the confidence to do anything about it), so the latest ambition is to work with 50,000 women next year across the country, focusing on mentorship as well as the practical training that people like me do.

She Means Business has also now rolled out in 15 countries around the world. And I heard that the Dublin team were talking to ‘Sheryl’ (Sandberg) about the success of the campaign, and she said ‘Wow this is great I must phone ‘Mark’ right now’ which made me laugh (and no she probably didn’t do apostrophe gestures when she said his name!).

So what I have learned this year?

It’s always your greatest fear as a trainer that you’ll do a great talk, and someone will say “Yeah yeah I know that already”. Working in digital media, I take things like Facebook and content creation for granted. So many people are on the internet, and I just assume that they know how to use it. So it’s always a nerve racking moment when I start a training event especially with a large audience and think to myself ‘what if everyone already knows this stuff.’

But that’s not what I’m seeing.

And it’s not what the other trainers are seeing either. A lot of people, from the young (who are supposed to just know all this stuff right) to more mature people are adrift. They try for a bit and then give up. They run a few ads, the ads don’t work and they decide that Facebook ads won’t work for them and their particular offer.

The thing that I love (and also is frustrating about Facebook) is it’s never a yes or a no. As Sam Doyle, Facebook’s creative strategist from Creative Shop described today, the ‘ultimate battle’ is how do we stop this strangely hypnotic beautiful movement (the scroll) with content, whether an ad or organic content, and makes people stop in their tracks? It’s a science, an art and it’s never guaranteed (and I’ll be sharing Sam’s 4 step formula in the coming weeks along with the apps he uses to create adverts on his phone).

So campaigns like She Means Business are much needed. I’m so excited to working with Facebook helping women build businesses.

What’s new at Facebook – 6 things I learned from Facebook HQ and what it means for your business
May 17, 2018