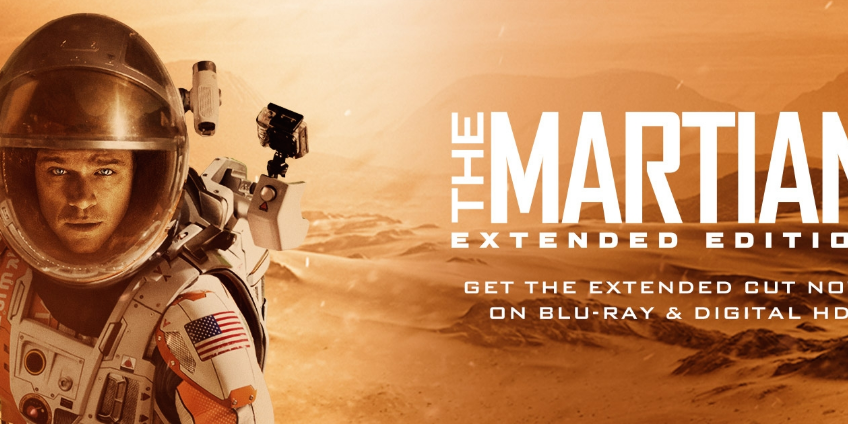 I’m a massive believer – in fact, I know – that through content creation (whether that is blogging, vlogging or creating content for social media), you can do all sorts of things that otherwise would be anything from costly to impossible, from building your business and brand, reaching new audiences, improving your websites’ ranking and generating more opportunity and money.

But the best thing about content creation is that you honestly don’t know where it will could take you.

And today, I’d like to share an inspiring story about how it can take you to the most unexpected of places.

When writing my book The Million Dollar Blog (published this September), I spoke to Andy Weir, a former (and unassuming) computer programmer who started blogging about space and science in his spare time.

In 2009, he started writing a story on his blog about a manned mission to Mars, and certainly did not have any thoughts that it would go anywhere in particular.

Well, he quickly gathered thousands of fans, launched his story as a best selling ebook, sold the rights to his book to Hollywood.

And that small blog turned into the 2015 blockbuster The Martian, starring Matt Damon (for which Andy was reportedly paid a mid six figure sum for the film rights).

I was super happy to speak to Andy for my book as his story, while not a conventional route to online success or riches, is an example of how you just don’t know what is around the corner.

Andy was one of people I was MOST excited about featuring in the book.

If nothing else, his story shows that talking about what you do and are passionate about can be the first step in an adventure, taking you to extraordinary and completely unexpected places.

I can’t promise you that your content will be turned into a Hollywood film (and if you’re creating content to grow your business, the odds are probably stacked against you on this particular point!).

In Andy’s case, as he says himself, he had ‘no plan and writing was just a hobby’, yet it took him all the way from IT programmer to the heart of Hollywood.

You might not know yet where your content will take you. But if you don’t produce it, the answer is most definitely not to the places you might want to go.